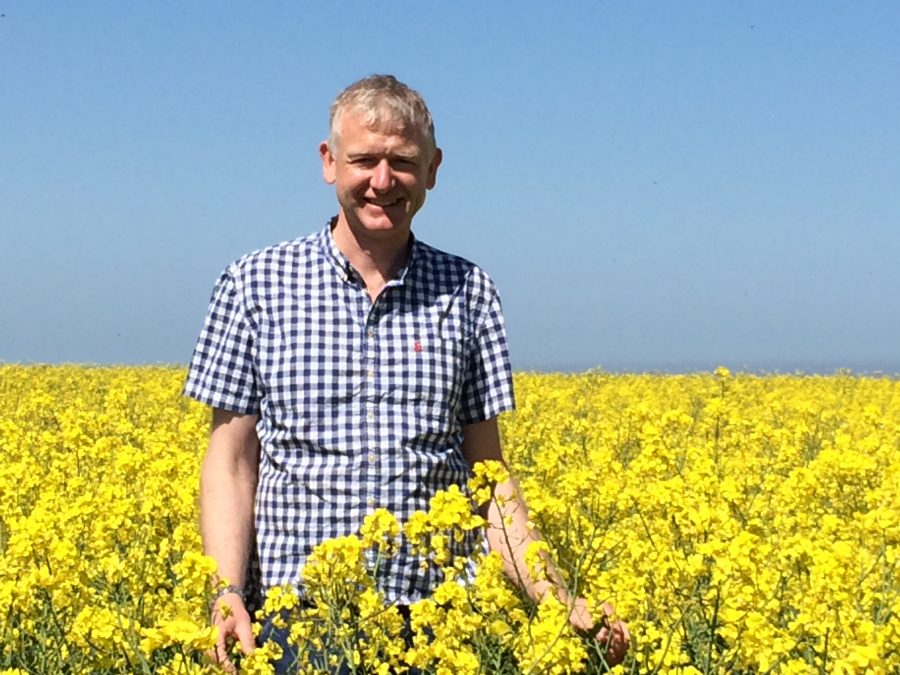 The current price of oilseed rape close at over £650/tonne makes this crop a potentially profitable one to grow and worth putting the effort into ensuring a good crop. Neil Groom, general manager for Grainseed, points out that rape at this price outperforms most other break crops and growers can use the normal equipment on the farm, with no need for special investment in machinery. Neil says, “I am anticipating a significant revival in the area of rape this autumn.”

Grainseed says that “growers intending to grow oilseed rape this autumn should start by taking a careful look at the varieties available, comparing their disease ratings, maturity ratings, vigour and standing power. Rape must be established successfully into a moist warm seedbed preferably during the first two weeks of August. Moisture in the seedbed is of paramount importance.

To achieve a good yielding crop, there are key management decisions including variety choice for successful establishment, even crop emergence and easier crop management.

Choose varieties with good vigour, preferably in the autumn and also in the spring. Neil points out that vigour is an individual variety trait, not one that can be always associated with the rape type e.g. conventional or hybrid. There are some conventionals which are more vigorous that any hybrid and some hybrids that are not vigorous. The rape variety Keeper, bred by Mike Pickford specifically for the UK market, has a much larger seed than most varieties and can provide more energy for the seed to germinate and grow. It shows good autumn establishment, growing away vigorously in the autumn and also showing spring vigour. Mike Pickford is growing new varieties which have excellent seedling vigour and good yields. He has at least 2 very promising new varieties, both with good vigour, excellent disease control and high yields.

Choose a variety that has good stem strength and standing power to avoid lodging which is detrimental to yield. Keeper has excellent stem strength 7.3, better than Campus, meaning an even and rapid harvest. Its stem stiffness rating is 8. An early maturing variety such as Keeper can be harvested and off the field before wheat is ready to cut. Early maturing varieties also allow time for seedbed preparation for wheat, essential in the battle against blackgrass.

Plan your rotations carefully to allow the best conditions for the rape and next year’s first wheat. NIABTAG trials show that a previous crop of rape increases yield of following wheat by 31%, as it fits better into the rotation and allows an optimum drilling window for wheat.

Cut straw of the previous crop higher – this puts off pigeons from landing and longer stubbles encourage beneficial insects such as spiders and spiders’ webs that can catch flea beetle adults. Flea beetles detect green crops and a longer stubble appears brown in colour, and because of this it tends to deter the insect pest, especially whilst the plants are at the vulnerable cotyledon stage.

Drill into warm moist seedbeds – this is an essential prerequisite and is the most important rule for establishing a good crop. Try to drill in the first 2 weeks of August. A good seedbed will provide good soil to seed contact and avoid clods for flea beetles to take cover.

Use an adequate seed rate (for conventionals around 80 seed/metre², hybrids 50 seeds/metre²,). This will be an area farmers can save money by choosing one of the best conventional rather than hybrids which require a higher seed rate and more expensive seeds.

Apply fertiliser in the autumn to give the crop an early boost.

Use companion crops containing species such as buckwheat, berseem clover and fenugreek where appropriate for the rotation. Companion crops can mask the attraction that rape has to CSFB and they can attract beneficial insects. They can also with soil health, soil drainage, soil structure and may reduce pigeon grazing.

Keep your establishment costs as low as you can, for the best margin potential.