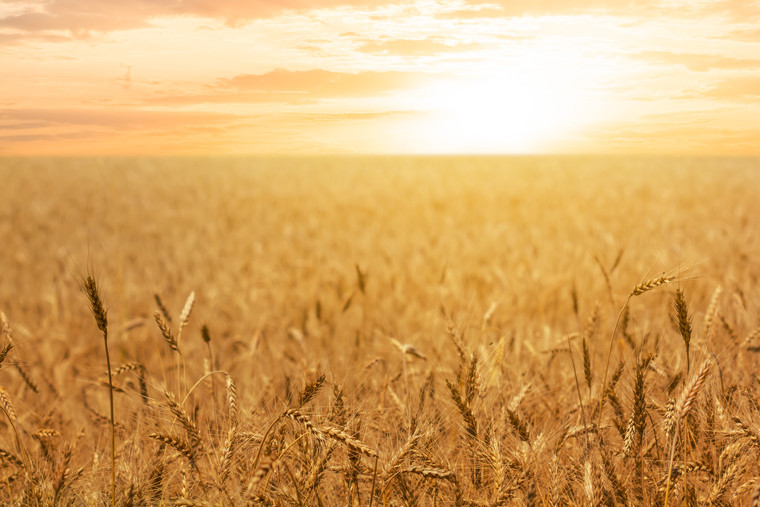 Analysis of more than 900 grain samples collected over four years (2016-2019) through the Yield Enhancement Network shows three-quarters were deficient in at least one nutrient, the most common being phosphate.

The situation is not entirely surprising though, considering Defra’s survey of fertiliser practice shows a long-term decline in phosphate use, with just 42% of winter wheat fields receiving P fertiliser in the most recent crop year (2018), at an average rate of 26kg/ha; less than half the offtake for a typical 8t/ha crop.

“Phosphate use has been falling for 25 years, driven by cost savings, and it could be one of the biggest factors holding back wheat yields,” says Tim.

“We are depleting P reserves by removing more than is put back. Even if soils have a reasonable P supply, it may not be available when and where crops need it, as only a small proportion of plant-available P is held in the soil solution and that has to be replenished regularly.”

Soil type, structure, moisture, and bacterial activity all influence how much soluble phosphorus from fertiliser or natural processes (e.g. weathering of rocks or breakdown of organic materials) is available to plants. Furthermore, soluble P can easily react with clay particles, calcium and metals such as iron and aluminium in the soil, and convert to less available inorganic forms through phosphorus fixation.

“The first 60 days after drilling is crucial, as wheat requires about 15% of total phosphate during this time to develop new roots,” explains Mr Kerr. “The germ inside seed can only keep plants going for a week or so, therefore roots must establish quickly to take up what they need from soil.”

Starter fertilisers applied with seed at drilling could therefore make a difference, he continues.

“If an excellent seedbed can be created and you get sufficient moisture, then seedlings may be able to access all they need from the soil, but that is never guaranteed, so starter fertiliser is a good risk management technique to overcome any potential shortfall during establishment and help manage in-field variability.”

Phosphate indices on the deep-bodied, organic clay loam (10-12% organic matter), are typically one or below, yet detailed Healthy Soils analysis shows a relatively large soil P reserve that is unavailable to crops.

“The soil is naturally high in iron and aluminium which is locking-up phosphate,” explains Hutchinsons agronomist George Baxter. “There’s an estimated 5t/ha of P in the soil, with less than 0.1 t/ha (100kg/ha) available.”

This year, all 40ha of winter wheat and a similar area of spring barley received Primary-P, which is applied with seed using a Stocks applicator mounted on a Weaving GD drill.

This is part of a wider strategy to improve soil nutrition and health, Mr Baxter continues. Five years ago the farm moved to shallower tillage, cultivating the top 5-7.5cm (2-3”), and also uses multi-species catch and cover cropping.

“Stopping deep tillage was originally for black-grass control, but we’ve seen big improvements in soil biology, which is key to a healthy, productive soil, and for converting phosphate into available forms.”

Furthermore, catch crops before autumn drilling, and winter cover crops ahead of spring drilling provide an effective way of scavenging phosphate from the available pool at a time when no other crop is growing, preventing it becoming locked up. Both are in the ground for eight weeks before being terminated, when phosphate is then released slowly in a plant-available organic form as residues breakdown.

“A healthy soil that works for us is vital to promote phosphate cycling, plus the many other benefits.”

TSP is still applied on a rotational basis, targeted at areas and crops where it is less likely to become locked-up quickly.