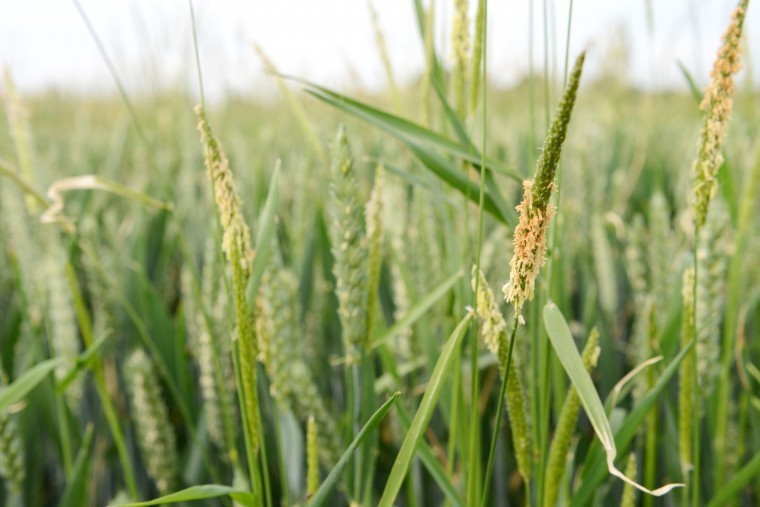 Timing pre-emergence herbicide applications within 48 hours of drilling can typically give around six per cent better control of grass weeds, compared to treatment delayed for 10 days after sowing, according to trials demonstrated at this season’s Syngenta Black-grass Focus Site Open Days. The work has shown that, even with low black-grass populations, growers can still make important gains to keep weed numbers in check.

The trials have further highlighted the crucial importance of application technique and the role of 90% drift reduction nozzles to help with flexibility of more timely treatments, reported the company’s field technical manager, Georgina Wood.

Furthermore, the valuable practical information gleaned from a third year’s detailed trials on the same site, at Barton near Cambridge, had begun to indicate how herbicide programmes could be adapted based on cultivation, soil type and drilling date, due to the influence these factors have on weed emergence, she advised.

“In an early drilling scenario we would expect to see a benefit from sequences of herbicide treatments that will prolong control over successive flushes of grass weeds,” she said. “There’s a greater chance conditions will be drier, and we have been looking to assess the impact of this on pre-emergence performance using cricket covers.

“The sequencing approach, to use a follow-up peri-em application around three weeks after drilling and pre-em treatment, has proven highly successful. It spreads the inherent risk of relying on just one heavily stacked pre-em application, and limits any potential for crop phyto effects.”

In high weed burden situations the work had showed sequencing of actives delivered significantly better control compared to a pre-em stack alone across all establishment techniques. It has proved especially beneficial in min-till establishment systems, where weeds had continued to emerge from depth over time, she added.

However, Georgina pointed out that for later drilled crops, from the end of October, growers were more likely to err on the side of a single bigger pre-em stack, since the opportunities to get back on with a peri/post-em treatment could be limited, especially on heavy land. Ultimately, moisture and a good seed bed are crucial to ensure reliable performance of residual chemistry.

“The great advantage of successive years’ results on one trials site, to investigate multiple approaches to integrated grass weed control, is that we now have a huge matrix of results and practical ideas to share with growers, which they can try out on their own farms, in their own situations.

“Establishment technique clearly has a significant impact on grass weed populations; it has shown growers and agronomists might need to be flexible in adopting different options to manage serious situations,” she advised. “With direct drilling, for example, the effects of crop residues have been seen to have up to 20% impact on herbicide performance, resulting in effects on crop yield.”

For Kent grower, Jonathan Houchin, of Hinxhill Estate near Ashford, the site’s cultivation matrix was a definite highlight. He was also interested to see how the row width of different drills would impact on grass weeds, as well as effects of light interception – the chance to see trials’ results on yield and grain quality added to the value.

Jonathan highlighted that as a result of his visit, he’ll be looking at more shallow cultivations for initial grass weed control, including differences between discs and tines.

Meanwhile, Essex farm manager, James Evans, was also looking at the primary cultivations trials work to give a valuable insight in to keeping his farm’s black-grass at manageably low levels, along with the strategic use of direct drilling and cultivations.

He was also interested in the performance of 90% drift reduction nozzles and looking to integrate the information on nozzle choice and water volumes into his farm practice.

Both James and Jonathan were keen to see further trials on catch crops and cover crops, along with the site’s current work on cover crop destruction.

The physical yield effects and full financial implications of the Barton trials site, combining this year’s harvest with previous years’ conclusions, will be presented in a series of Syngenta results meetings over the winter.