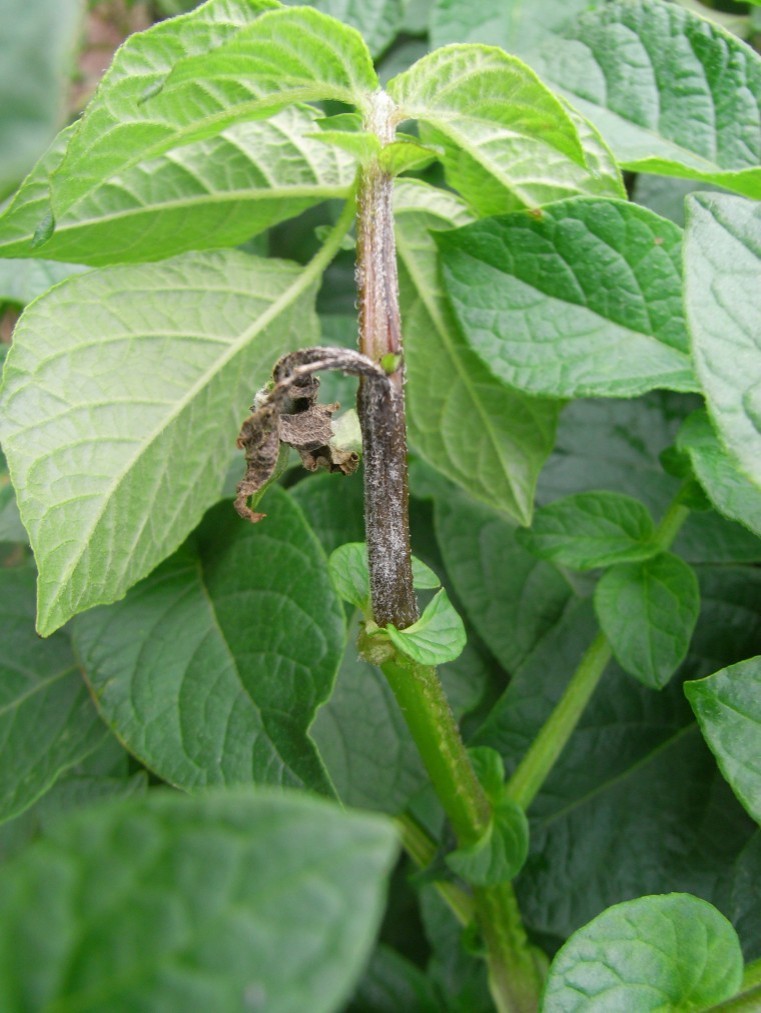 Resistance strains to the highly popular blight fungicide fluazinam developed in the UK population probably because of over use of a single active. Looking at The Pesticide Usage Survey, going back several years, the usage of fluazinam has been as high as 384,000 hectares in 2010. When the 37_A2 strain which is resistant to fluazinam was first discovered in 2017 in the UK, growers and agronomists quite rightly looked for alternative chemistry to use. Fluazinam usage plummeted to 78,000 hectares in 2018. The coformulation of cymoxanil with mancozeb hit an all-time high of 557,000 hectares treated in 2018. “This could be interpreted as a successful anti resistance strategy at work – a coformulation of 2 actives working on different sites and also the strength of a multisite component mancozeb, exactly the same as Electis has,“ says Barrie Hunt, development manager for Gowan in the UK and Ireland.

“The blight fungicide Electis has a strong anti-resistance stance. It contains 2 complementary active ingredients, zoxamide which acts on a different site to all other blight fungicides plus the multi-site a.i. mancozeb. I advise growers to include a zoxamide spray in their programmes for both efficacy and resistance management purposes. Bringing diversity into the blight control programme makes good sense when it comes to resistance management.”

To protect existing fungicides and maintain their efficacy, especially with the more aggressive blight populations that we have in the UK now, it is vital that growers and advisors build strong anti-resistance strategies into their programmes, says Barrie. “Growers must integrate fungicides with different modes of action and those with multi-site activity. In this way blight can be effectively controlled and no individual fungicide group is put under too much pressure. We must use the existing range of available products more wisely than we have been doing in the past. I recommend that a zoxamide containing product must be included in every programme.”

Barrie reports that there is no known resistance to Electis and there has been no shift in its status over the past 19 years of use (it was launched in 2001). “The low resistance risk of Electis is supported by its label, allowing up to eight sprays in any one season, although for good stewardship practice, Gowan do not recommend more than 4 applications to any one crop with a maximum of two in sequence before swapping to another mode of action. Electis controls all blight races and strains, including those tolerant to phenylamides and fluazinam.”

Fluazinam was a widely used tool for tuber blight control, but as it is no longer effective on the 37_A2 strains of late blight, growers and agronomists need to look for different ways of maximising their late blight programme. Zoxamide in Electis is a protectant fungicide and is important when it comes to tuber blight reduction.

Tuber blight is brought about by motile zoospores being formed on the leaf and then dropping down to the soil to infect tubers. Tuber blight protection should start as early as tuber initiation and move through to the end at senescence. But not all fungicides have proven activity on zoospores and only a few prevent their production. Zoxamide works on a different site within the blight fungus to all other active ingredients, stopping cell division within the nucleus and greatly affecting zoospore production and release. This activity uniquely reduces the burden for zoospore-specific products. For this reason together with its strong anti-resistance benefit, Electis is an essential fungicide from stable canopy onwards in the programme and is well suited towards the end of the programme.”